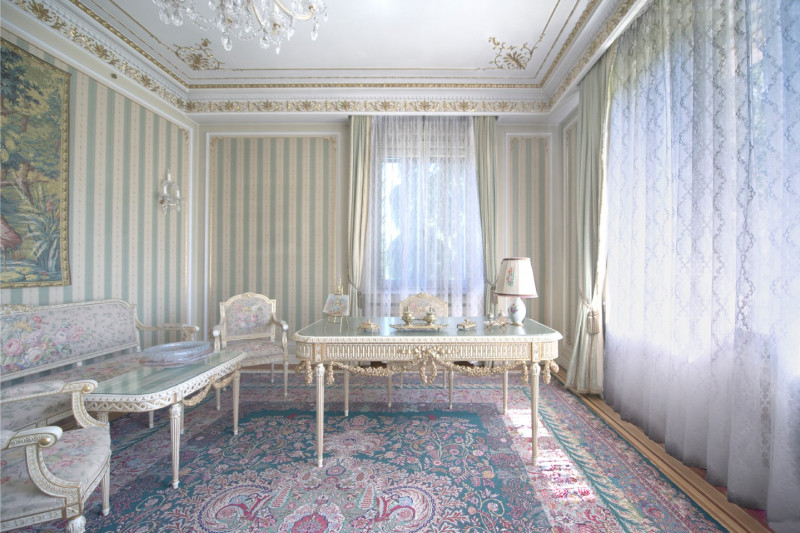 Today 57% of Romanian citizens say that it was a better period before 1989, during the communist era than now. More than half of them would vote Ceasusescu, the communist leader again if they had the opportunity. How can one consider that period in a positive way while the neighboring countries say it was terrible? In this series, I looked for the signs of this past starting from the present in which Romanian people live today. Ceausescu´s home today functions as a museum, and I got more acquainted with people´s, inhabitant´s, and foreign visitor´s different attitudes to the past due to the institution´s guest book. As this document played an important role in my research, I consider it important to make some notes visible and accessible in the series, highlighting diverse affections, both pro, and contra arguments.

During his photography which has spanned more than ten years he has experimented with numerous genres. The first years were spent on searching for his own path, but for the last 2-3 years it seems that he has found his way. My interest revolves around social issues and social phenomena, mostly based on the current situation in Romania. While he focuses on one specific country and cultural background, he is certain that it might appeal to a more universal context as well. In his new series he was engaged in questions regarding Romanian national identity, religion, collective memory, and also some aspects of cultural and social homogeneity. “What I consider essential in my work is that I leave questions open offering the beholder multi-perspectivity in interpretation, my aim being to reject any kind of polarization.”

Photography for Antal functions as a means of research, through which he finds new challenges. He believes there is beauty in the way he relays his questions through his work prompting his audience to ask their own. Photography is about sharing impulses, impressions, thoughts and questions in an open format.