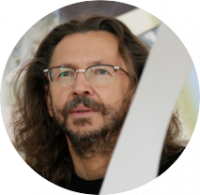 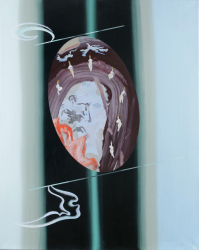 He prepared interior realizations in the Slovak Olympic houses and during the candidacy of Slovakia for the Winter Olympics and many other projects in Slovakia and abroad. He is the author of six stained glass windows in the Gothic Church of St. George in Poprad. Marián Čižmárik also works creatively in the field of poetry, theater, music, and performance, which blends with artistic creation. He also illustrated bundled collections of poems by Slovak poet V. Vaľek Široká (1997), Tunnel (2002), Fast Eye Movement (2008). Author exhibitions (selection): Poprad 1991, 2007, 2008, 2010, Spišská Nová Ves 2013, Liptovský Mikuláš 2014.

Marián Čižmárik is present in these categories:

All products from Marián Čižmárik