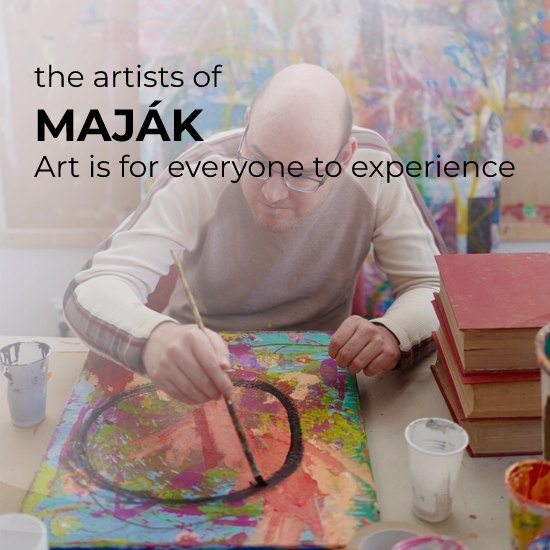 Maják is a Slovakian non-profit residency tending to individuals with deafblindness. For 15 years, the organisation has been conducting art workshops for its residents to help alleviate their distress. This has resulted in awe-inspiring artworks that we have decided to bring to the limelight.

These artists, despite their limitations, demonstrate how conquering life's hardships can result in impressive outcomes and, in this case, gorgeous artworks. Let's end this year with self-reflection, gratitude, and appreciation for beauty. 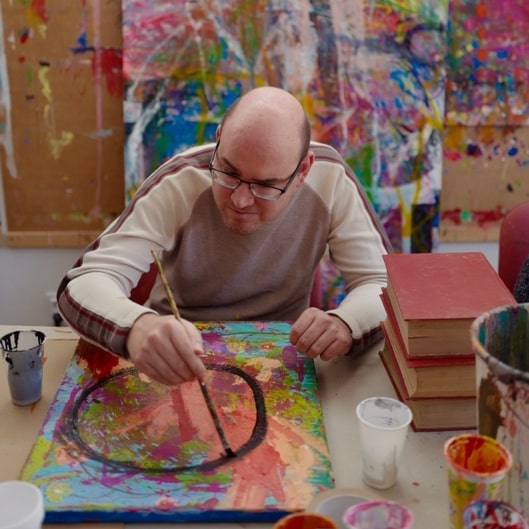 34-year-old Peter is one of Maják's most reserved residents. While not one to show much emotion, Peter still has a deep attachment with Maják, the place he calls home.

A man of few words, Peter always plans his schedule marked by pictures. He loves his art therapy sessions and can't help but enjoy outdoor activities such as visits to nature, walking in galleries, and horse-riding. He can be found watching comedy TV, doing simple math, and playing games in his free time. Despite, or perhaps because of, his visual and auditory impairment, he is bestowed with a good memory that can memorize his experience through an imaginative perception of the outer world. Such a gift is expressed in several creations of his. 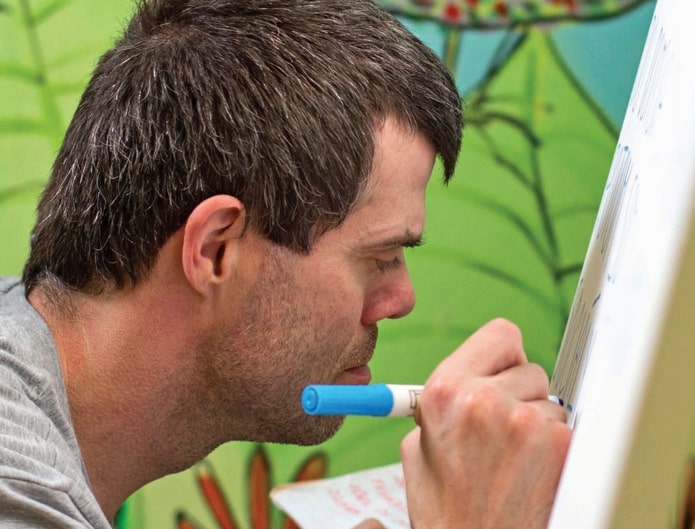 Martin arrived at Maják with auditory and visual impairment, because of which he can only hear white noise and suffers from extremely blurry vision. Such difficulties render nonverbal communication a struggle for him. To make things worse, he can also not properly move his hands and knees, making it difficult to independently engage in everyday activities.

Regardless, Martin maintains his dry sense of humour, often using it to make jokes rendering his peers and caretakers dumbfounded. He can also be seen cooking and spending time feeding and playing with cats, which he considers his friends. An intelligent person, he loves to write, through which he possesses a wide range of vocabulary.

However, nothing interests him more than the ultimate intellectual game: chess. He also gleefully participates in travelling, talking to a lot of people and doing home chores. Disheartened by the abandonment and abuse Martin has experienced throughout his life, Martin often ponders over his existence: asking important questions, others may not be so ready to. 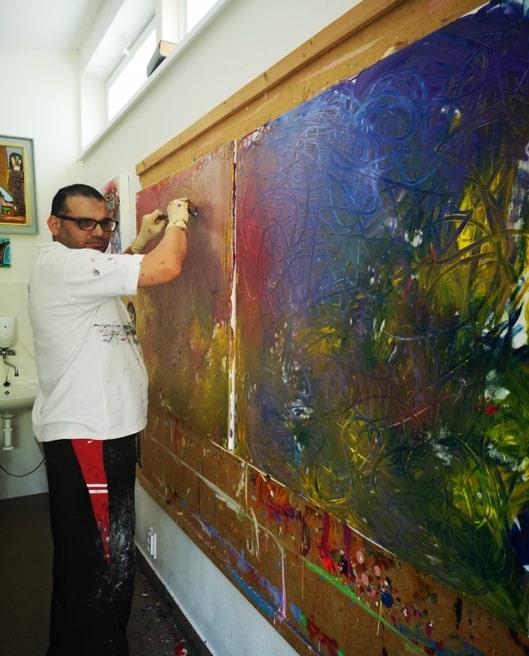 Born in Shina in 1980, Juraj describes himself as a loner who his parents abandoned. His poor eyesight prevented him from learning to paint. But when coming to Maják, he finally found a place to think, relax, and be with himself. A self-aware resident, he can't help but describe how his deteriorating tunnel vision and auditory impairment hindered him to always seek help from outside. He prefers using sign language to communicate, despite his frequent struggle to understand it.

Despite his emotionally explosive and stubborn nature, he is a caring, protective and charitable person. He can often be found helping others walk, play or eat, and donating artworks that he made. His favourite hobbies include watching action movies and sports, especially football. Despite his auditory impairment, he has music in him and can be frequently found dancing around to his own tune.

His caring, music-loving, and scholarly curious personalities are expressed through his spiritual canvas depicting his work with themes of nature and protective figures. 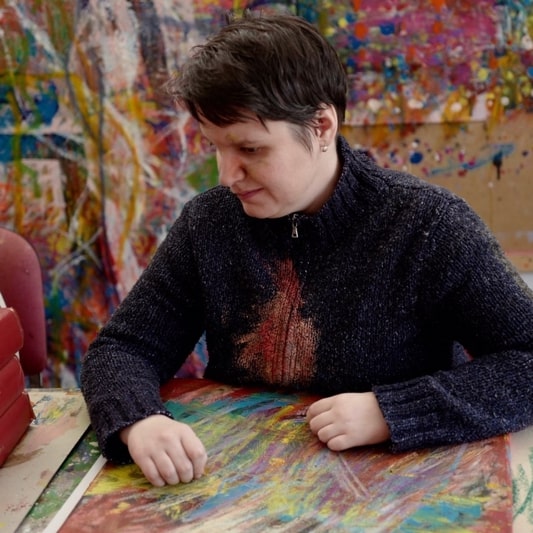 When 33-year-old Kika moved to Maják, it quickly became her second home. An expressive resident communicates with others not only through a wide range of signs and symbols but also with not-to-be-missed facial expressions. She loves social and leisure activities, after which she often relishes a small cake and coffee.

Watching TV with flashing colours and images also fascinate her. A keen painter, Kika can easily get lost in her emotions during art therapy sessions. The texture, reflections, and contact with canvas provide her with serenity as well as aesthetic simulation. Colours are her signature traits, which appear throughout all her creations. A radical painter paints the whole body: she needs to have colours throughout the body to feel the stimulation flowing around her. She considers this a cleansing ritual that peels off her mask to show her true self.

At the end of each session, she can be seen covered in the colours of her creation: she becomes her own art. Radical as it is, such an immersive method helps her during times of distress. She loves to work in a large area as she can freely express her creativity. No one takes art as seriously as she does.

ART WITH PURPOSE AT VICTORY ART

"In the art, one arrives at the end of the life to the point where should have been in the beginning"- Josef Čapek.

There are many misguided ideas surrounding art: one of them being that it must always be seen. Art is often merely cast aside like a piece of decoration that does no
t serve any purpose other than looking pretty. However, art is much more than that.

These artworks, made entirely by touch, make it clear that art is for everyone. It highlights the potential of people, despite their hardships. That's why we want to bring them to the limelight. 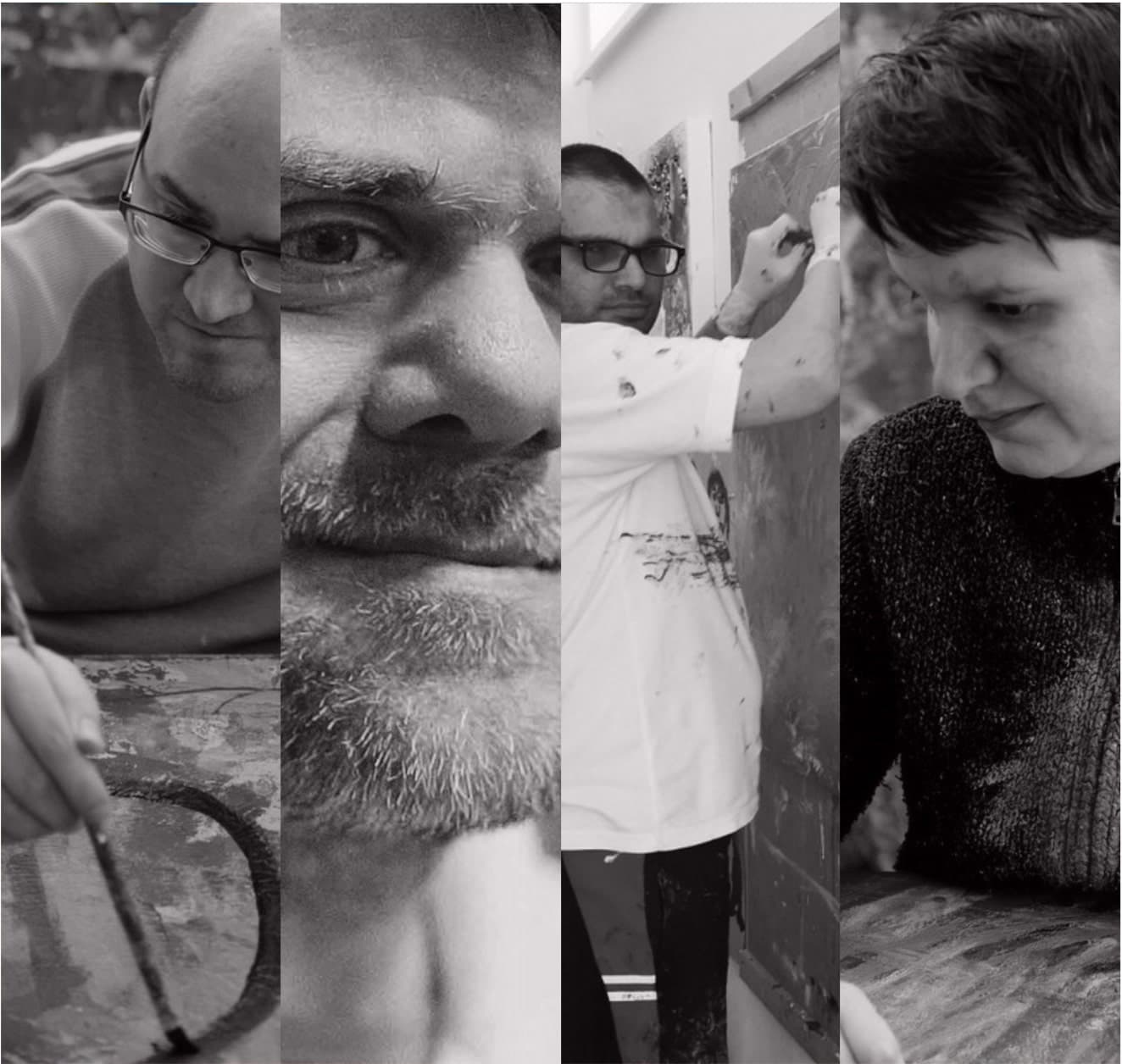 Whoever said creating art was easy has clearly never looked deep within.

Indeed, the most honest form of art takes more than just technical skill. It takes heart and introspection. This is often neglected by what looks good on canvas. Even the most experienced artists struggle with compromising their vision to aesthetics.

The artists of Majak are not limited by the idea of the artworks "looking good"; their focus is on communicating their happiness, pain, and everything in between on canvas. And guess what, they look darn good!

Victory Art’s guiding mission is to make art more accessible to everyone to shed light on individuals who have proved just how important art is to the human experience.

Keeping this message in mind, Victory Art would like to welcome you all to see Maják´s art pieces on our platform!

Join us and be inspired by this celebration of human resilience! We are looking forward to seeing you there! 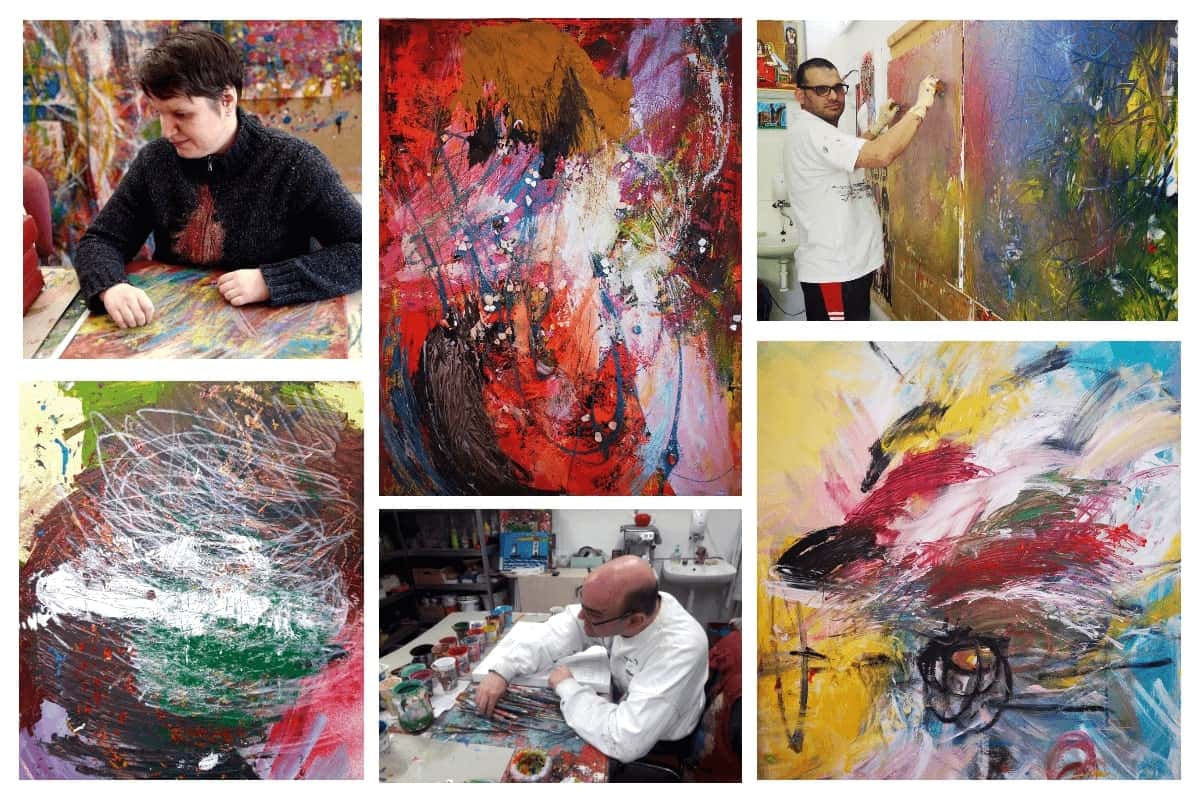