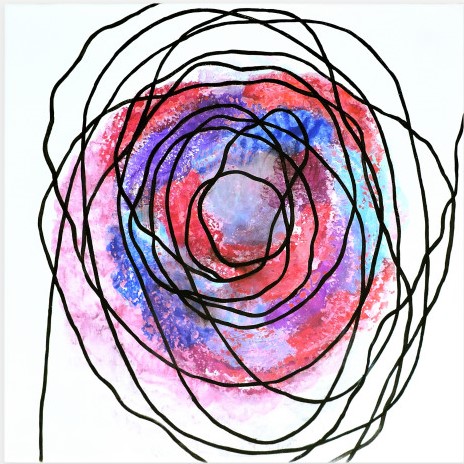 Magdaléna is an artist currently living and working in the obscure but beautiful city of Brno. A stubborn experimenter and a hard worker, most of her life were spent in her studio, working on new stuff, covered in paints and surrounded by used tape. Sometimes she even forgets to eat consumed by her work. However, it is a lifestyle she embraces with open arms.

Always fascinated by pretty much everything, Magdaléna has always wanted to understand how the world works or at least a part of it so she can then bend its rules or create her own. In her earlier works, you can see her inclination towards nature and its law which later evolved into a fascination with the architecture and now with (symbolic) colors in contrast with these geometric elements.

“It is not random. A while ago I realized that basically, everything around us is about contrast. Not only when it comes to natural phenomena or shapes, but also when it comes to relations.” She says. After contemplating about this for months, she grasped that there has always been the contrast between her and the world that she has tried to capture.

Her work is always personal, deep and sometimes even uncomfortable – but “ironically” visually appealing.