Blessings From The Prince We knew it would be a bit of a rush but we didn’t care—we were going to tell Prince Constantijn of The Netherlands about our mission to redefine what it meant to be an artist through Victory Art.

As he was giving his speech to the rest of the startup enthusiast in the room, Viki (our CEO) and I strategized our meeting; which way would be to exit the stage, when would be most polite time to talk to him(perhaps after he is done inspecting the air purifier he just received as a gift from one of the startups) and what would be the best way to introduce ourselves. This description might make us sound more sinister but our intentions were far from it- we just wanted to let the Prince know who we were and get his blessings. After all, how many times in your life do you actually have a real prince in the same room as you? Especially a prince interested in startup culture at a startup event and you yourself have a startup? We knew chances were slim for that ever happening again.

As soon as he was done with his speech and consequently checking his (pretty cool, we must concede) gift, he was accompanied to the dining area. We knew this would be a challenge, but here is the thing, we, at Victory Art, don’t back away from challenges. We were determined. So, we scratched our original plan and decided to spread it out so we could cover more ground. The plan was if you found your way to the Prince, or, more specifically, if the prince somehow bumped into you, you would start talking about Victory Art while the other one, would quickly join you from the other side of the room. It wasn’t easy though. We were not the only ones who wanted to talk to the prince, what a surprise there.

The two of us scattered around the room, occasionally glancing at each other, stopping by the tables to pick up an olive or cheese cracker for refueling until FINALLY, we got the Prince to stop in front of us. Still surrounded by people and one too many cameras, we knew the time of the essence so we started immediately. Of course, we were wary not to be rude, we may be rushed but we are not imbeciles. We politely asked for a little of his time which he agreed to after which we told him about Victory Art. We explained to him how Eastern and Central European artists lacked opportunities in their own countries and laid out our plan to help these emerging artists enter and leave a mark in the art scene. The Prince, in his royal manner, listened intently until we were done before telling us our mission was indeed a noble one and we had his blessings. I would try to quote his exact response but honestly, I was just so discombobulated at the fact that we were indeed talking to an actual prince. 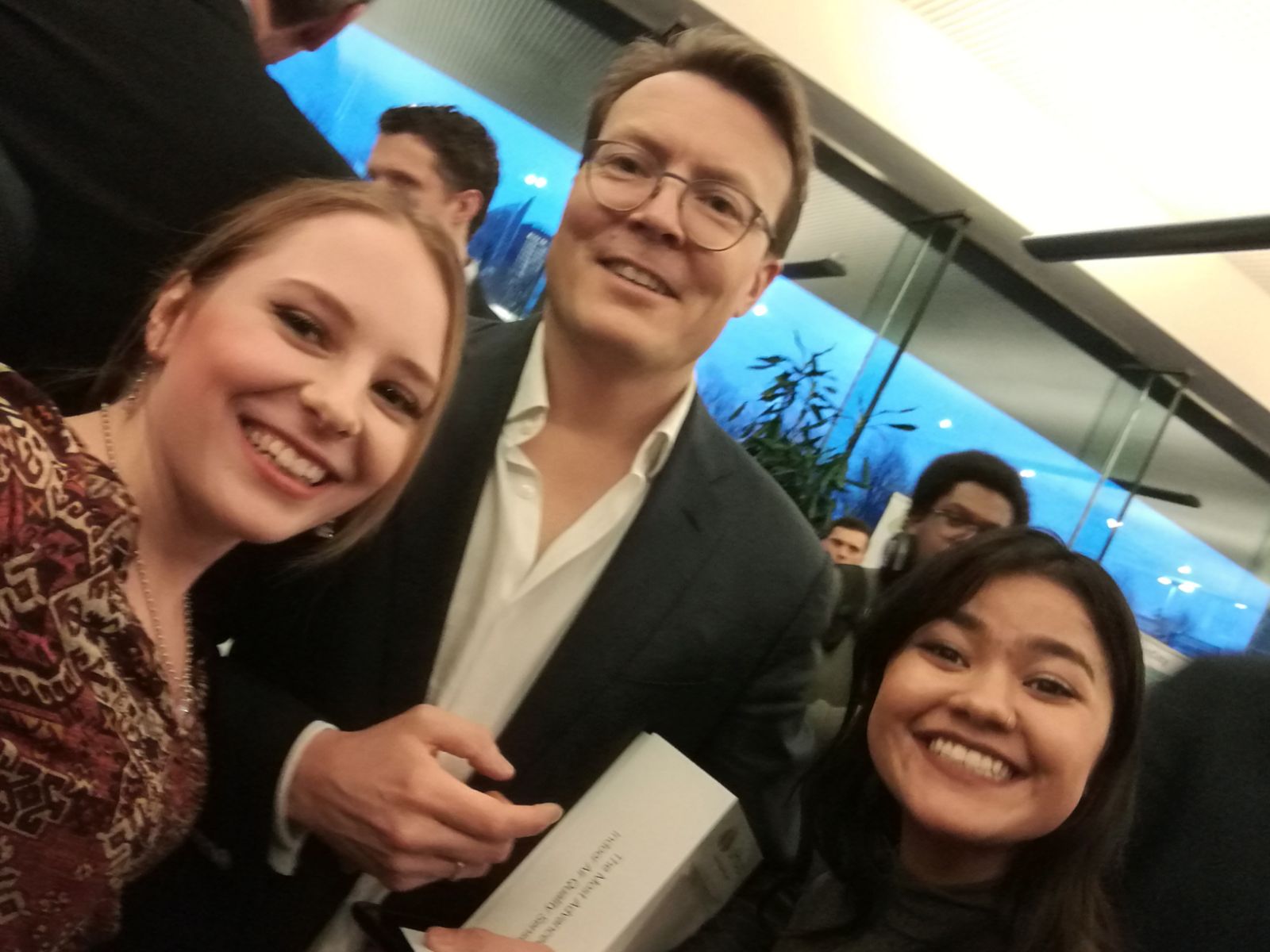 When we asked for a picture, he smiled and said “okay, but we are going to have to walk as we take it.” Totally understandable. And that is when we took this lovely gem of a selfie. We had talked to the prince and gotten his blessings. It was a good day!

Wanna know more about us and our mission? Click here!