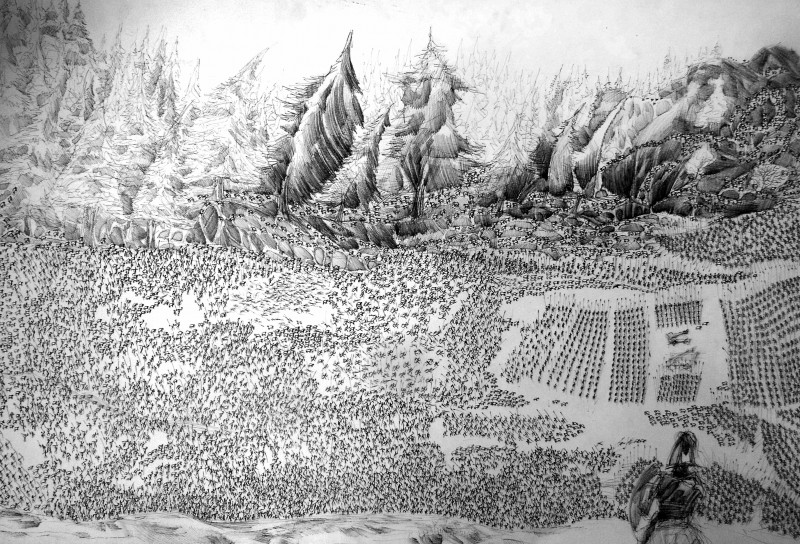 Romanian artist, born in Curtea de Arges in 1994. Often experimenting with different mediums, he has an affinity for detail and a pure passion for mythological themes as well as sincere issues concerning human morality. At only 6 years old, Dan won a silver medal for his painting in Japan. When he was 13, he sold a painting at an art auction organized at Phoenicia Grand Hotel to Nadia Comaneci, the famous Romanian gymnast. During 2003-2008, Dan was a part of the Romanian Children Artists group and traveled to the United States to teach young and old Americans, some secrets of the craft.

In 2015, Dan went to Norway, for an Erasmus exchange in Oslo. There he produced the paintings for his "Contemplation" exhibition, that would be exhibited at Akershus College of Applied Sciences (Oslo), Cultural Center "Ion Manu" in Otopeni and finally at the Radisson Blu Hotel in Bucharest

His work always embodies a liaison between music and visual arts. Also, literature and political events are an important factor in the inspirational process.
Dan is currently doing his Master in Fine Art and Design at HKU Utrecht.