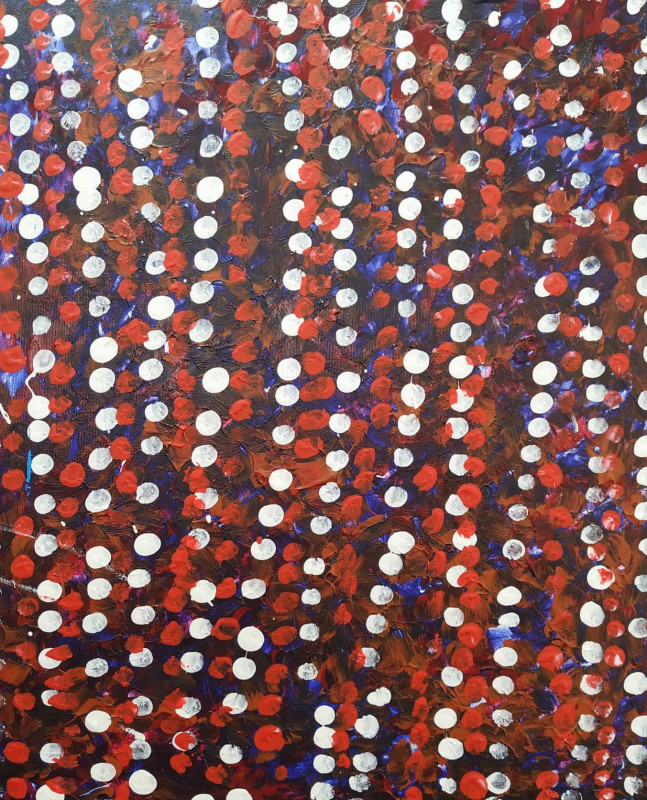 Born in Shina in 1980, Juraj described himself as a loner who was abandoned by his parents. His poor eyesight prevented him from learning to paint. But when coming to Lighthouse, he finally found a place to think, relax, and be with himself. A self-aware resident, he cannot help but describe in detail how his deteriorating tunnel vision and auditory impairment hindered him to always seek help from outside. He prefers using sign language to communicate, despite his frequent struggle to understand it.

Despite his emotionally explosive and stubborn nature, he is caring, protective and charitable person. He can often be found helping others walk, play or eat, and donating artworks which he made. His favorite hobbies include action movies and sports, especially football. Despite his auditory impairment, he has music in him and can often be found dancing around his own tune.