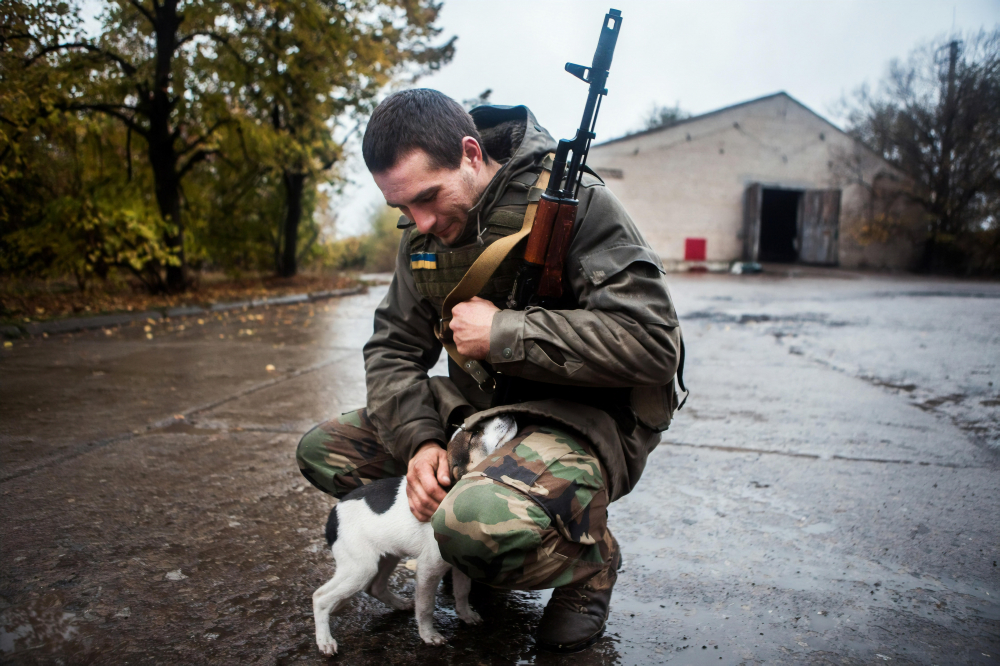 Friends in the war-zone (Donbas, Ukraine)

The photo series captures the daily life of the soldiers in the war-zone in the Donetsk region, in Ukraine.
*various sizes

I’m a freelance photographer of the ‘people’s stories’. My aim in photography is to kill the stereotypes and open eyes. I'm searching for controversial or somehow special lifestyles and destinies all around the world.

I started photography in 2016.

My pictures are being published by some world's major media such as The Guardian, VICE, VANITY FAIR, Le Monde, Spiegel, Stern, The Huff Post, and more.

I've done solo and been part of group exhibitions all around Europe and the United States and also the Middle East.

I got awarded six times in Czech Press Photo, Sony World Photography, got nominated by World Press Photo, and some more.

I was teaching photography and photojournalism at Prague College in 2018.