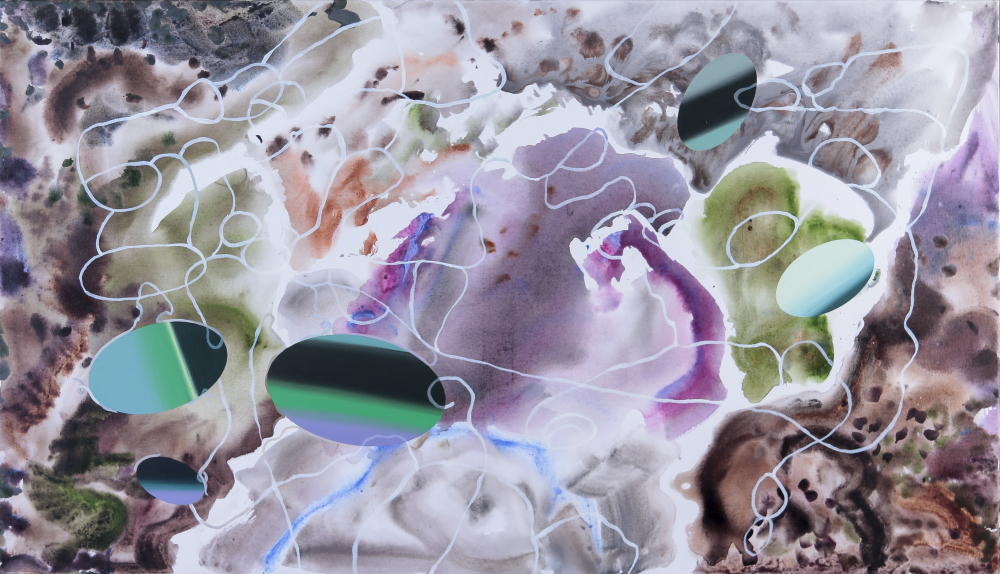 Kipu or quipu are knotted strings of Inca script. They are recording devices of Inca or old South American cultures, made from knotted strings of various lengths, knotted at certain intervals, which serve to record a collective memory of a community. The Inca people used them for collecting data and keeping records, ritual and spiritual events, and any other important ceremonies in their lifetimes. They were and still are important items for local communities.

With this in mind, this cycle of paintings represents the collective memory of humanity with all its ups and downs. Focusing mainly on the bright, positive, and energetic strings of life which are occasionally tangled or cut with blurred and darker knots and circles, but then again untangled and all dancing in harmony into eternity. Once again elements representing eclipses of the universe appear in these paintings, symbolizing ever-present fate and cosmic presence influencing everything and everyone.