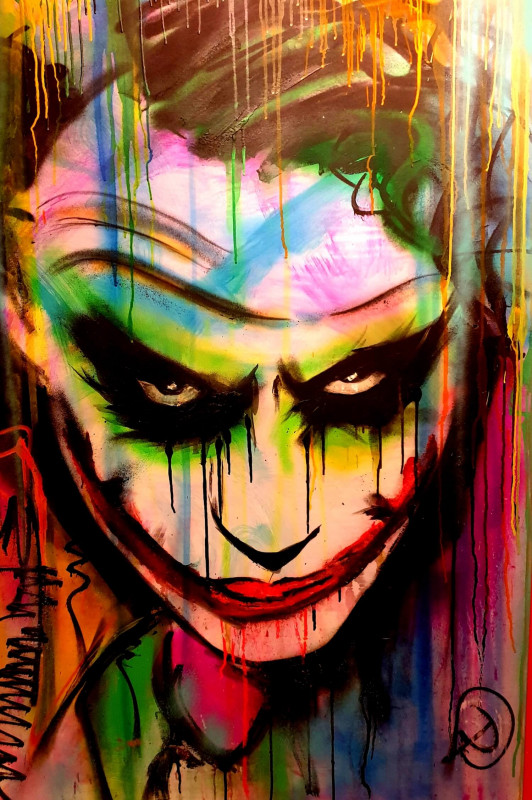 “As you know, madness is like gravity...all it takes is a little push.” ― The Joker - Heath Ledger

Josef was born on May 29, 1979 in Pilzen. The large city on the west of the Czech Republic where his grandparents brought him up. His grandfather, a famous academic artist, was his guide and teacher throughout his childhood and later in his life this important journey to Las Vegas showed him the direction he wanted to follow. His first pictures were presented and sold there in LA and that was the begining of his new life. He became well-known for his PopArt, 3D objects, speed painting, abstract art and realism. Then he moved his art back to Czech Republic where he started with huge exibitions across the country. He has been participating in several multimedia shows, designing clothes for famous designers and cooperating with dancers and musicians in the Czech Republic and the whole of Europe for more than 15 years. His performance has always been a show where he describes his feelings, people's feelings and the modern lifestyle. He also writes hidden messages to his pictures which makes people think about themselves and also the art itself. He totally understands how important art is for other people everywhere in the World and that's why it is connecting design and art together. He wants people to see reality through his art today and hundreds of years later….