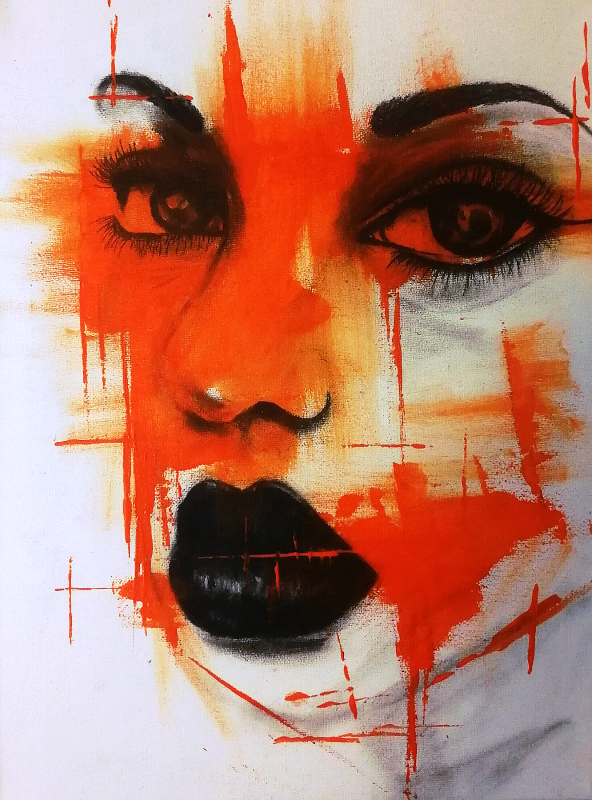 Slovakian artist, Jakub never studied art, I did not attend art school or was even a part of an artistic club. In fact, between years of 2012-2017, he was pursuing his Master's degree in Material Engineering Brno University of Technology.

However, it was during this time when he came to college his view of art as such, and he was willing to creating and showcase his work to the world. Jakub admits the beginnings of the work were very demanding and he started to feel talent was not everything. Because he missed out on basic knowledge, his technique was not polished. So he decided to start with graffiti and then continued with watercolors, acrylic colors, ink and finally graphite pencil.

Currently, Jakub uses liquid acrylic painting technique, graphite pencil, and watercolor. He paints on a large scale of canvas and is focusing on materializing his thoughts and feelings so “that my paintings force people to think.”
According to Jakub, because people think that the fantasy of the artist is continuously in action, that fantasy always gives him enough inspiration, but the opposite is true. Only people give you enough inspiration, and your fantasy is just a tool for how to materialize them.